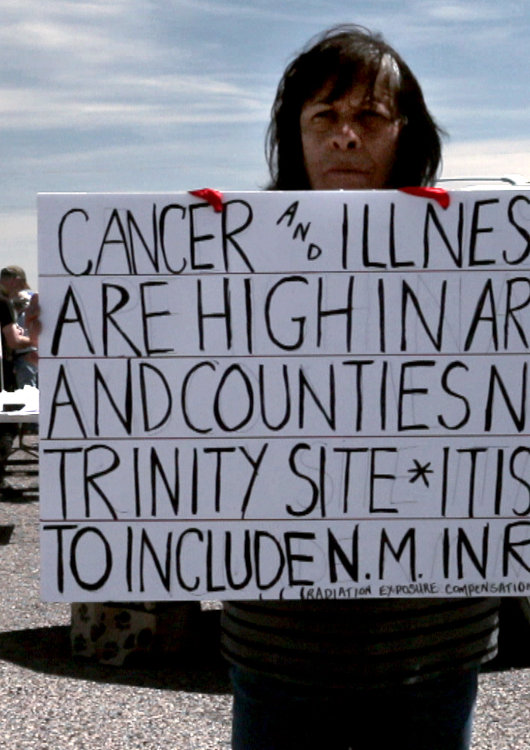 What Travelers Are Saying About Jornada del Muerto

Visitors and residents of the Tularosa Basin of New Mexico, site of the first detonation of an atomic bomb, contribute to the production of public memory as they offer logistical advice, philosophical reckonings, and plaintive texts about making "the journey of the dead." 2020 was the 75th anniversary of the detonation of nuclear weapons in Japan and the US and the 340th anniversary of the 1680 Pueblo Revolt. Made in resistance to nuclear colonialism.