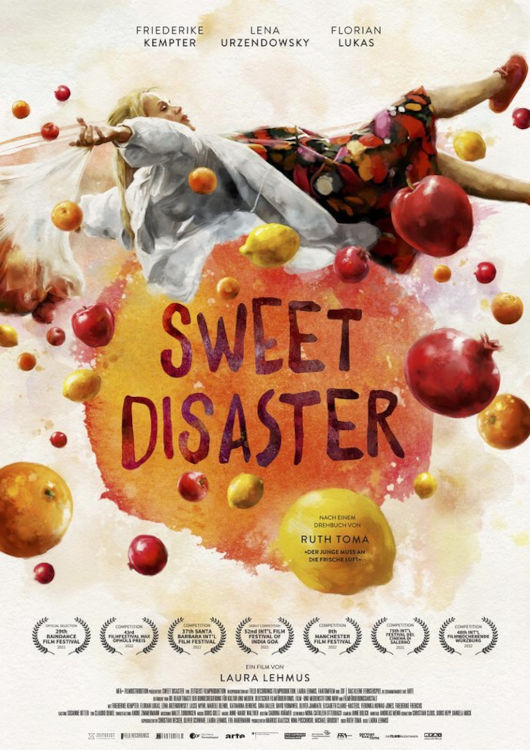 SWEET DISASTER tells the story of FRIDA. German-Finnish, painting therapist and 40-y.o. Two events change the usual course of her life. She gets unexpectedly pregnant and FELIX, the father of her child breaks up with her to re-unite with his ex who is suddenly back. FELIX admits that it is not the best timing, however it does not prevent him from leaving. FRIDA cannot accept FELIX' decision. Although some serious health problems caused by the late pregnancy force her to rest, she tries to get FELIX back with the help of absurd, exaggerated and sometimes absolutely comic actions.