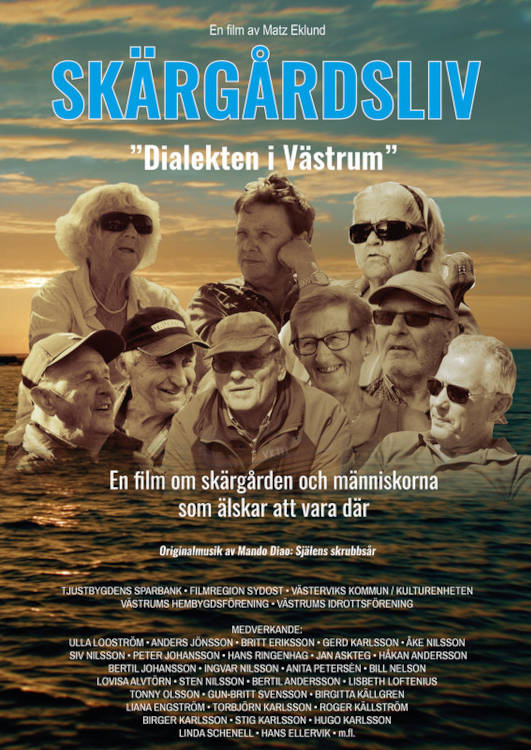 How long can you stay on the beautiful islands in our archipelago? The countryside here is being depopulated at too fast a pace. Fewer and fewer people use these beautiful dialects that differ between the islands and the mainland. How should this be preserved? How did you live here as a child and how do you live now? A portrait of some people who really love their homeland and try to live here despite the fact that most things have gotten worse in order to survive. A small number of elderly people keep the archipelago alive to some extent. In a few years they will probably not exist! We hear their stories. Unfortunately, the countryside is becoming more and more depopulated and changes are taking place at a rapid pace. Västrums parish is no exception but rather the opposite. A small number of elderly people keep the archipelago alive to some extent. Most of the houses have become holiday homes for the summer. A building that was bursting with life in the mid-1950s is now largely inhabited by pensioners. All small businesses that can not make a living here despite having knowledge and good products but can not survive due to the infrastructure that has been removed. Farms have been closed down, as have schools, old people's homes, shops, post offices, and bus services. Only a few dare to live here now. I think it is important to show how this part of Sweden, which is the most beautiful we have, is only being populated one by one because most of it has to be in urban areas and cities. Nowadays, only tourists and summer guests live it in the summer and with this project I want to document exactly how it was and how it is and why it has become like this. What does it look like in 50 years? I also have interviews with some dialect educators from Uppsala at Dialekt and the folk memory archive.